A bit about America’s Emerald Isle... 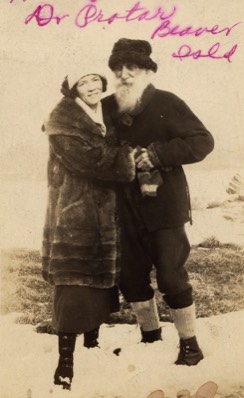 Beaver Island, a mere 58 square miles in area, is the largest and only inhabited island in an eight island Great Lakes archipelago. A two hour ferry ride or a 15 minute flight from mainland Charlevoix, Michigan are the lifelines to this unspoiled and unhurried island. Unmatched in natural beauty, Beaver Island is steeped in rich Native American, Mormon and Irish history.

The archipelago was home to native Americans of the Odawa tribe prior to white settlement. There is a native American burial ground in the archipelago, and many natives still live on the island. Be sure to check out their smoked fish at the fish market next to the Toy Museum. Early settlements of white traders, fishermen, and lumbermen were established in the 1830s followed by Irish immigrants in the 1840s. By the 1850s, Mormons were the primary inhabitants after dispelling all non-Mormons. James Jesse Strang, the Mormon leader, proclaimed himself king and ruled until 1856 when he was assassinated. Afterwards, the Irish returned and reestablished permanent Irish settlements that still exist today and represent the majority of today’s year-round population of an estimated 550 people. Another colorful, historic character was Feodor Protar, an Estonian immigrant who served as the resident island “doctor” for 32 years until his death in 1925. His home and grave site still stand. The economic base today is tourism and construction. Commercial fishing is minimal with only native Americans legally able to fish northern Lake Michigan waters. The original island jail was located where the Harborview now stands. The jail building burned down, but the metal cell survived the fire and can be seen next to the Mormon Print Shop Museum. 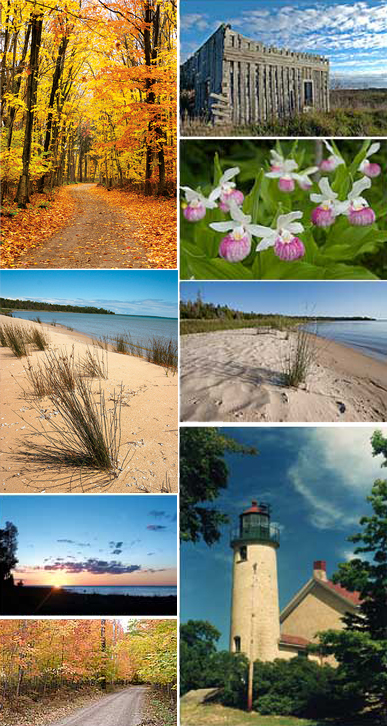 The air is fresh and clean and the night skies repeatedly amaze you. There are gulls on the beaches, eagles over head, swans in the harbor and loons on the lakes and deer just about everywhere. The sunsets are a watercolor wash nearly every night, and the pine, birch and hardwood forests are deep and lush. There are marshlands and swamps and meadows that explode with wildflowers. Several hiking trails and beach areas provide the best island nature viewing access. There are 7 inland lakes offering quiet retreats for boating, fishing and nature watching. These include Fox, Font, Barney's and Geneserath.

Boating, hiking, golfing, fishing, hunting, kayaking, tennis, biking and swimming are a few of the best ways to enjoy the island. The library, museums, art galleries and gift shops are all worth a visit. Live island music is often available in the evenings at the local pubs, Donegal Danny’s, the Beachcomber and the Shamrock.

Even if you don’t bring a car to the island, Cars, vans, and e-bikes are for rent (stjamesboatshop.com/burton-car--e-bike-rentals.html). Bikes and scooters are also available at Lakesports & Paradise Bay Gifts (231-448-2166). Island tours and shuttle service are available through Beaver Island Boat Company.

Beaver island has a variety of restaurants and bars. View a list of local establishments at https://www.beaverisland.org/restaurants/

If you are lucky enough to be here at the right time, there are many special island events throughout the season. View the list of special events on the Beaver Island Chamber of Commerce website Events page https://www.beaverisland.org for exact dates and details.

The Beaver Island Community Center publishes a detailed calendar of daily and monthly activities on the island https://biccenter.org/calendar/

There are many sites to see on the island, some requiring transportation, others just a stroll around the harbor. 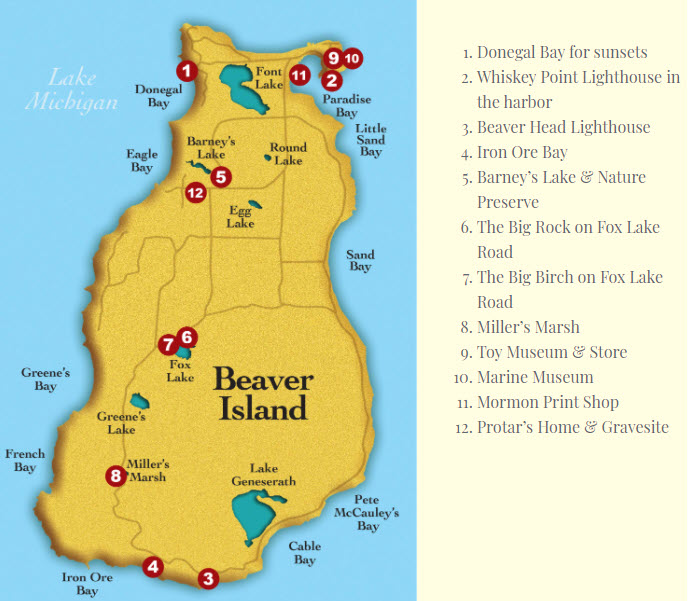